How can I add a title to my Photos and Photo Albums? Print

When you are editing a Photo Album, you can use Keep&Share's powerful word processor to add unlimited titles, descriptions, and keyword tags to your Photos. You can writes as many words or paragraphs of descriptive narrative as you would like. When it comes to adding titles, there are two types that you can add to your Photo Albums: the title of the Photo Album and the title of a photo within a Photo Album.

When adding a photo or Photo Album title, you have many of the same text editing options as you would when editing a Document. See this article on Document formatting for additional information about formatting text.

Editing the title of your Photo Album

When you create a Photo Album you have the option of choosing a title for your album during that process. You will not be able to complete creating a new Photo Album without giving your album a name. However, if you want to change the name of your Photo Album, you can follow the steps below: 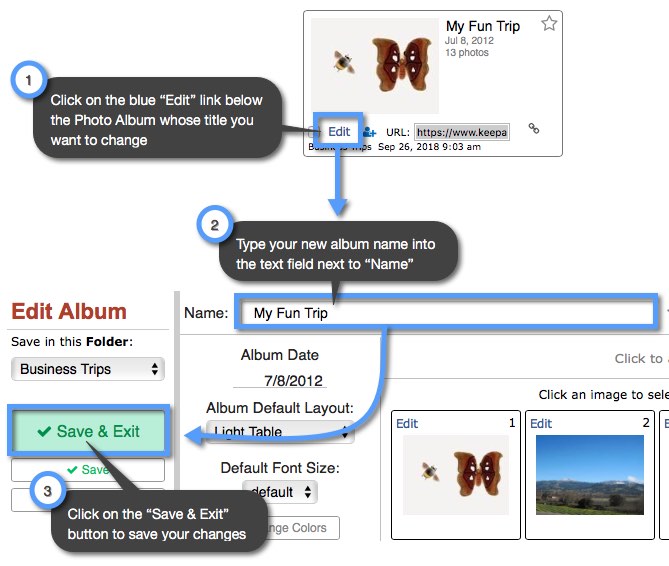 Adding titles to photos within your Photo Album

Each uploaded Photo exists just once in your account in the Photo Library. Once a Photo is in your library, it can be placed in as many albums as you like. Each Photo Album calls up an instance of the singular Photo in your Photo Library rather than making a duplicate of it.

Follow the steps below to add a title to a photo in your Photo Album: 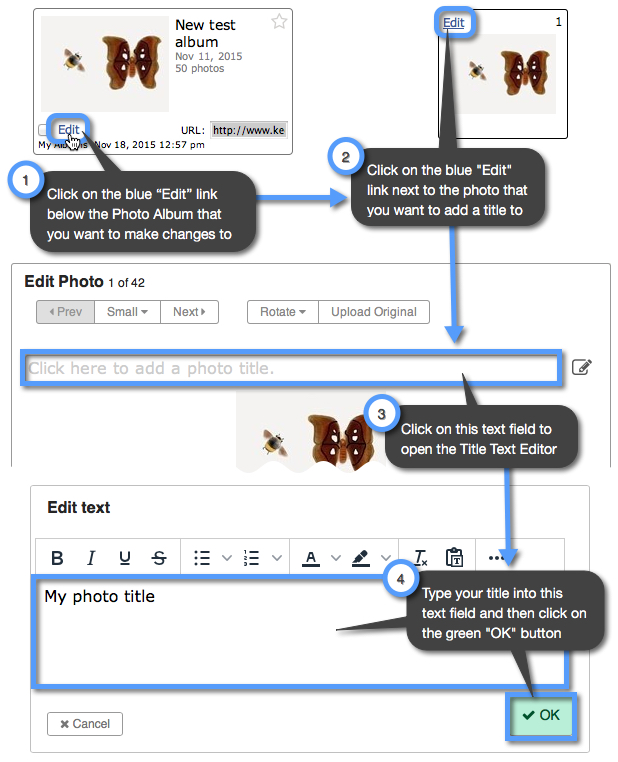