How do I delete a Photo? Print

Each uploaded Photo exists just once in your account in the Photo Library. The Photo Library gives you access to all Photos uploaded into your account. Once a Photo is in your library, it can be placed in as many albums as you like. Each Photo Album calls up an instance of the singular Photo in your Photo Library rather than making a duplicate of it. 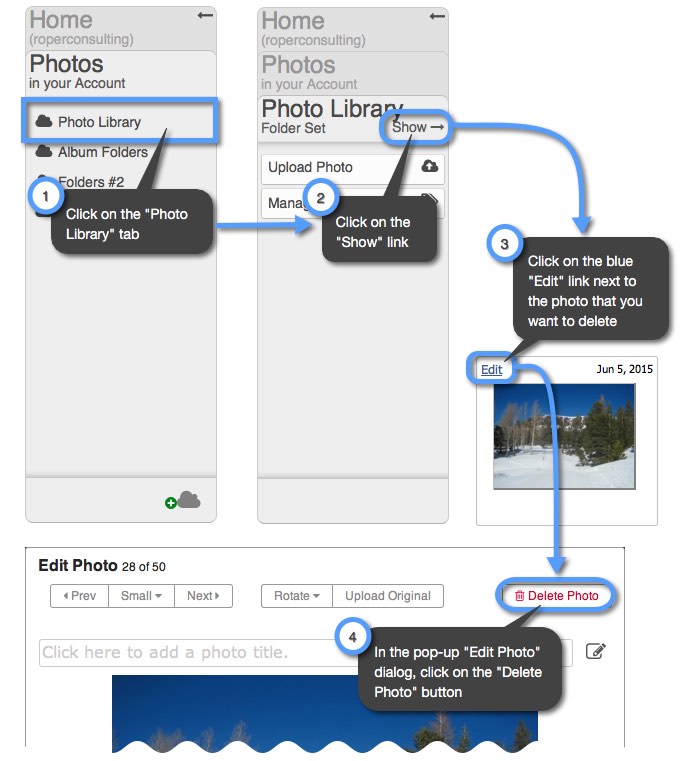