How do I create a Photo Album? Print

Every Photo exists just once in your Photo Library, but each Photo can be added to an unlimited number of Photo Albums. Photo Albums are collections of photos displayed in the sequence you place them.

There are five ways to create a new Photo Album:

All of these options allow you to create a new blank Photo Album and then add photos to that album using one of the five methods listed above. You will first need to go to the Photo Album Folder that you want to add a new album to. Follow the steps in the image below: 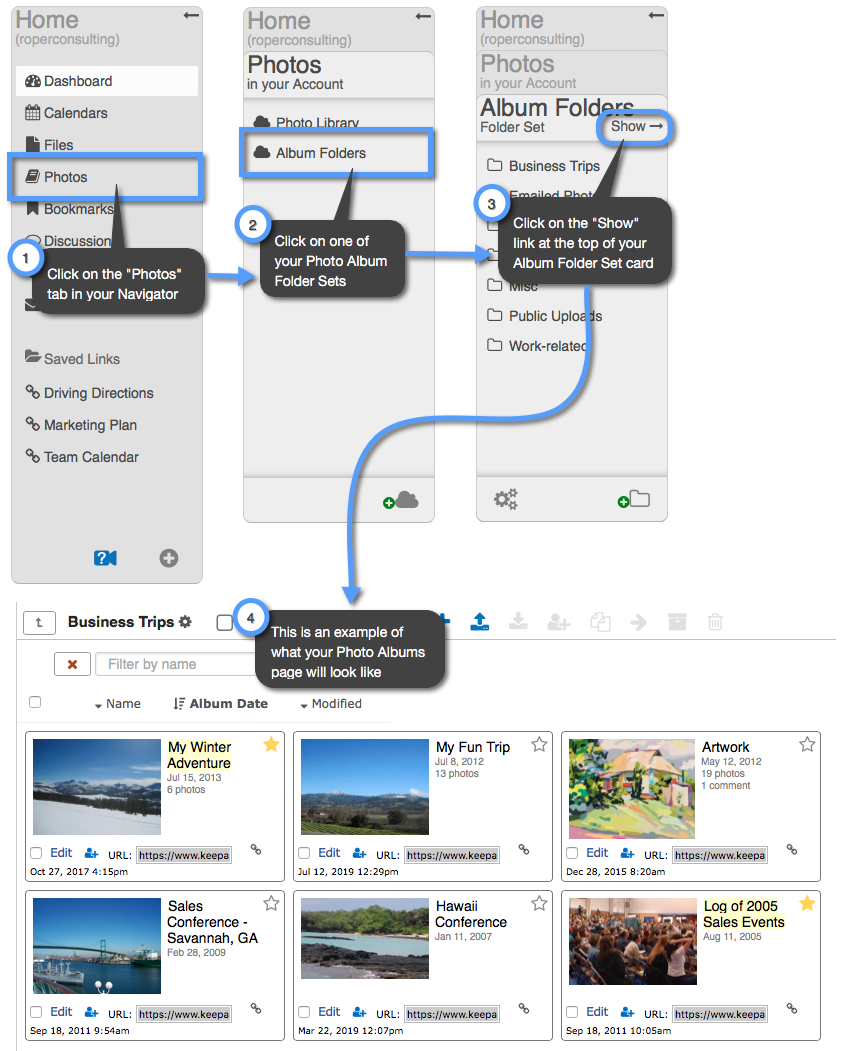 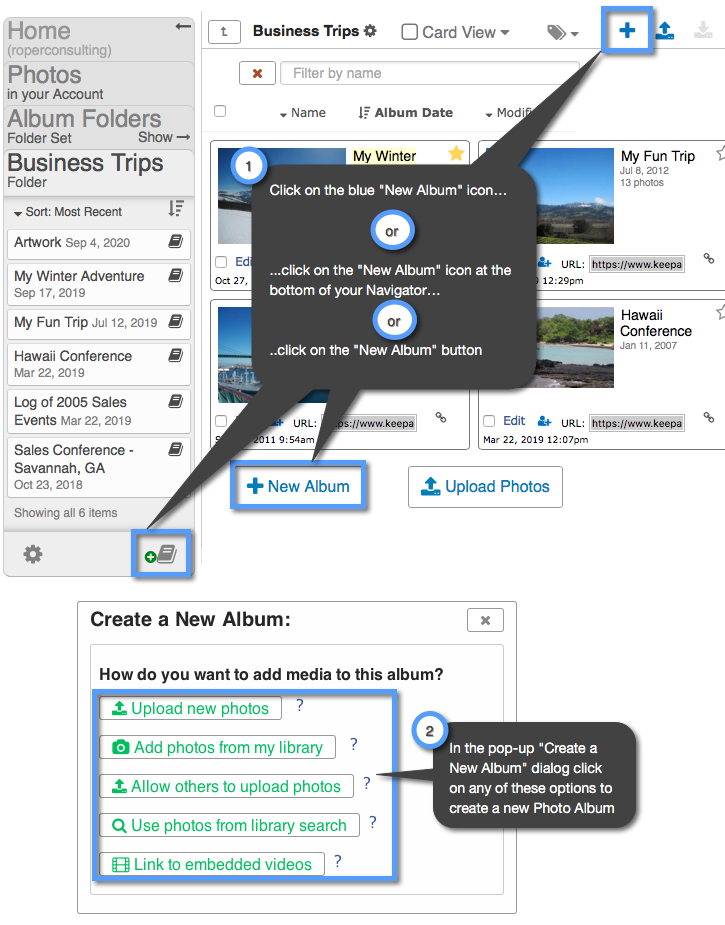 After clicking on the button of your choice that determines how photos or other media will be added to your photo album, you will be taken through the steps to choose your photos for that album. You will also have the options pictured below to choose the name of your album, which folder it will go to, and how your album will look. 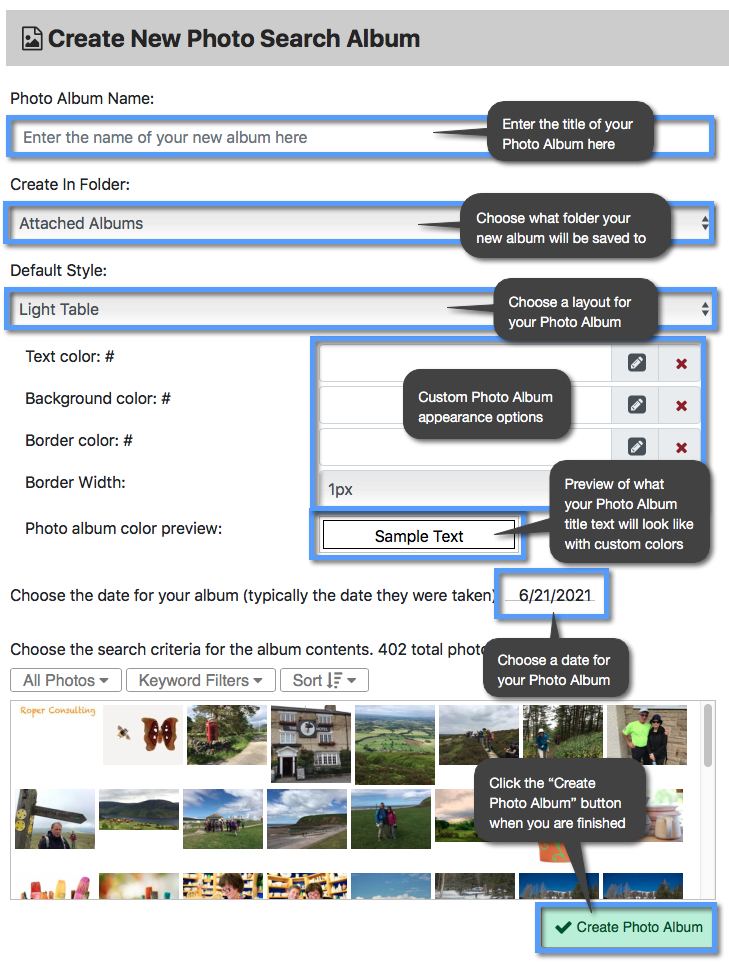 Learn more about the four Photo Album layouts that you can use.